Our first ever carbon neutral design, the D900 S Curve, received a Gold award in its category for Commercial Design. Its low-profile, surface-mounted design received significant recognition for its ability to increase the thermal efficiency of commercial spaces by eliminating the need for cutouts and gaps in insulation required for recessed alternatives.

This isn’t the first time the versatile luminaire has been recognised for its efficient design. The D900 S Curve was also awarded first place in the Product Design category for the Melbourne Design Awards, the Sydney Design Awards, as well as Finalist for the Victorian Premier’s Design Awards.

Our new collection of surface-mounted wall lights received the Gold award in the Home and Garden category – with its uniquely artful aesthetic and flexible options gaining approval from the judging panel and drawing interest amongst Architects, Interior Designers and homeowners alike.

To wrap up, our upcoming release, the T900 H Linear LED track light, won Gold in its category for Office Product Design, and was commended for its flexibility and minimalist design. The track light incorporates interchangeable optics and a constant friction hinge for seamlessly smooth adjustments  – ensuring precision, gallery-grade illumination in offices and commercial spaces.

With plans to release even more new designs over the coming months, these award-winning products are just a taste of what’s to come in 2017.

Or, register here for release dates, specifications and pre-orders for the upcoming Linear Series. 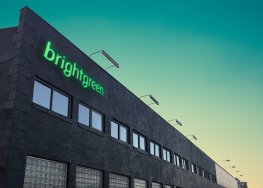 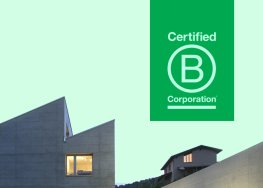 Brightgreen receives a B Corp Certification!